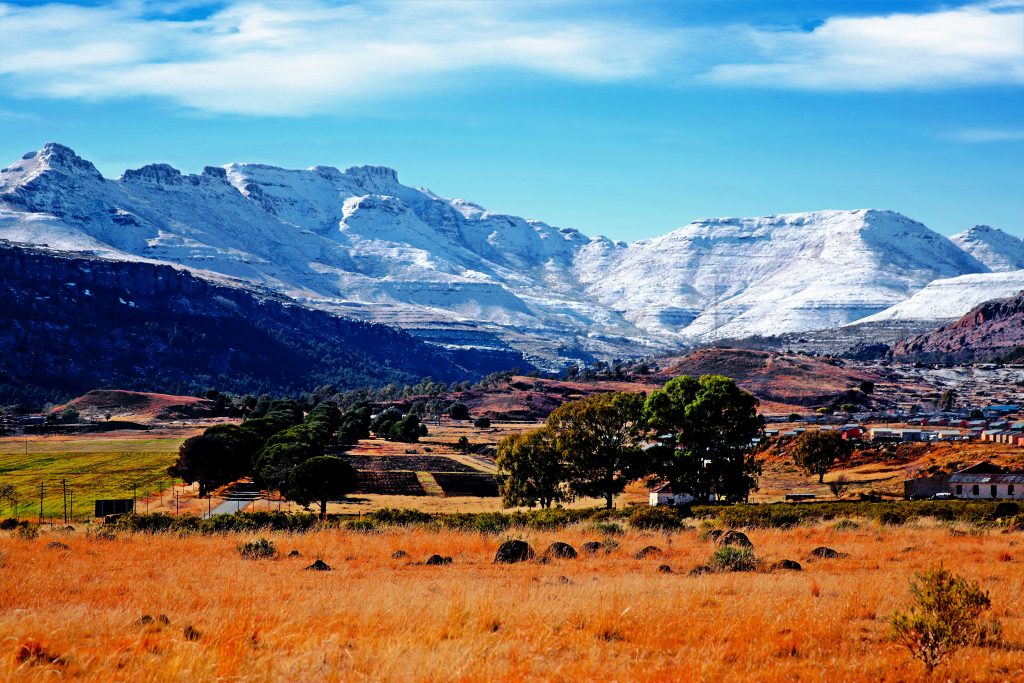 A Victorian style village, a gem, hidden in a valley below the majestic (snow-capped) Witteberg mountains in the North-Eastern Cape.  She is beautiful, tranquil, and spiritual with secrets known to few and others yet to be discovered.

This scenic town, and the surrounding mountains and valleys, are paradise for nature lovers and outdoor sportsman.  The air is crisp and clean, and the pristine rivers and streams are home to the fly-fishing fraternity, bird watchers and star gazers.

The area is rich in sandstone, fossil beds and San rock art.  This appeals researchers and historians who enjoy searching for clues and evidence that reveal her secrets of the past.

Lady Grey originated on the farm Waaihoek, where a new church congregation was established. It was named in honour of Eliza Lucy Grey, a lady who turned a ship around.

The town is rich in history. It reads like a novel of which the pieces fit together as in a puzzle. Delve into the origin and growth of Lady Grey, the events during the Anglo Boer War, the Reverend who refused to preach in English and the “plucky” Postmistress who took on the Boers. Also, the Major and his Cape Mounted Rifles, the family that built Joubert’s Pass, a giant of a man and his horse, the railroad with its reverses, the ghost tunnel, and the bridge at the bottom of the sea and the concrete dam just outside town.

Lady Grey also had her share in tragedies and losses of which the flash flood and the Train accident will always be remembered.

Add a guided walk into the past of Lady Grey, as well as the cemetery. Value the   interesting Carrara marble statues and angels and read the inscriptions on the headstones. This will reveal some secrets. Others may take more effort.

The annual Passion Play that takes place during the Easter weekend is a deeply touching event that is attended by large audiences from near and far.  Actors are drawn from the community as well as the well-known Arts Academy of Lady Grey.

As you can see, she is a gem with many facets. Explore and you will find something that interests you.